After all of the hype leading up to its opening, I was very excited when I scored a booking at Kangkong on a Saturday night only one week after they’d opened.  I’d been so looking forward to trying this place after what I’d read about it in the media and seen on Facebook.  My friends and I had been waiting eagerly for this ‘cool new Asian place with funky bar’ (Gypsy Dragon) to open.  I had high expectations – and was hoping for a place of similar ilk as Adelaide’s Gin Long Canteen or Golden Boy.  Is it?  Well, not quite… but it certainly has potential!

Firstly, it’s in a great location – along the Waymouth Street strip of great restaurants, tucked in at the entrance to Topham Mall.  Secondly, it’s a nice looking place – the fit out is quite minimalistic with a polished concrete floor and simple chairs and tables.  It’s dimly lit and a little noisy, but that’s ok.  Also, the service was nice and friendly and attentive.  And then, looking at the south east Asian menu, everything sounded sooooo delicious – I wanted to order everything!  It’s a really well written menu. So far so good.

We ordered a few of the ‘Small Bites’ to kick off.  With the Crispy SA Chilli Salt Squid and the Steamed Chicken Dumplings, we were off to a pretty good start.  The squid was cooked well with a nice light batter, and the dumpling wrappers were silky.  However, the Duck Spring Rolls were a little too mushy on the inside for my liking, the Pork and Blue Swimmer Crab cakes were really small in size, and not as exciting as they sounded, and the Sweet Corn and Spring Onion Fritters were, once again, just okay.  Nothing to write home about.

Then, onto the ‘Large Bites’.  The Steamed Baby Rainbow Trout with lemongrass, lime leaves, ginger and light soy was a great dish.  Cooked perfectly and a decent size, I really liked it.  The Twice Cooked Crispy Pork Hock was pretty good too, but the Red Miso Hanger Steak was disappointing – it was overcooked and dry, and it was hard to detect the miso flavour.  We also ordered some sides – the Chargrilled Baby Corn, Steamed Asian Kale, and Green Beans – which we needed, as our large dishes didn’t come with any vegetables.

I must say, the desserts we had were nice.  How could you go past the Ferrero Rocher Spring Rolls? – although we all agreed there was no need for the orange coulis that came with them.  The Roasted Banana Pannacotta was also a very good choice – beautifully presented.

Another positive is the wine list – some great wines at good prices, including SC Pannell, Shaw and Smith, Skillogallee, Grosset, Stefano Lubiana and Joseph Cromy.

I didn’t get to try Gypsy Dragon bar as it hadn’t opened yet, but all up, Kangkong’s food is okay, but a bit average – the flavours promised by the menu just aren’t bold enough in the actual dishes and it seems a bit confused at times.  It’s hard to put my finger on it, but it just seemed to be lacking something.  It’s a shame, as there’s a fair bit of stiff competition in Adelaide these days.  I’ll give them another go though – it might have been some early teething issues, but I really do hope that the food shows some improvement. 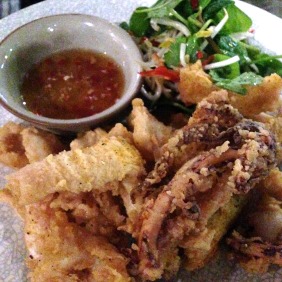 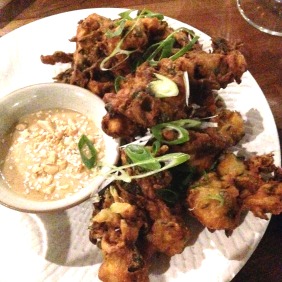 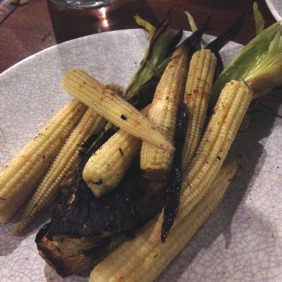 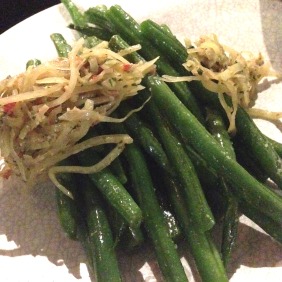 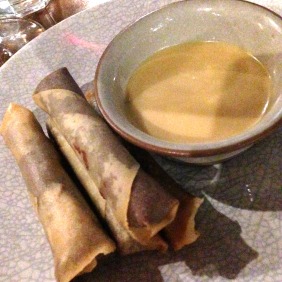 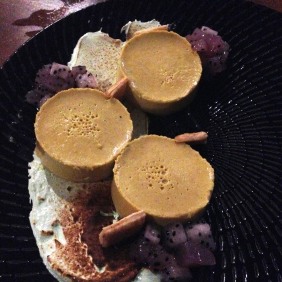 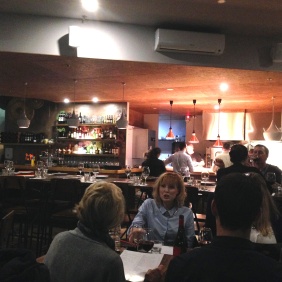 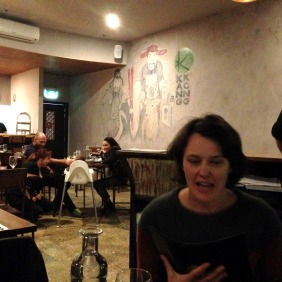