Posted on May 9, 2016 by Jacqui's Food Fetish Leave a comment

Ok, now here’s a restaurant I’ve been meaning to get to for literally years! It’s been on the Top 100 list for so long now but it’s always been one of those ones I haven’t quite made it to simply because it’s so far away! Nu Nu is in Palm Cove, Far North Queensland, about 30 minutes drive north of Cairns. If you’re not sure just how far north it is, just check out a map! The sad thing is, I was actually in Palm Cove many, many moons ago and I remember standing right outside Nu Nu (it was in a different location then) looking at the menu, not even knowing it was on the Top 100 list (this was obviously in the early days before my Top 100 pursuit became a real obsession – I now know EXACTLY what’s on the list).  So, I’ve been kicking myself ever since for not having gone back then but I couldn’t put off a visit any longer – I only had two more Top 100s to go to finish the list and Nu Nu was one of them.

Nu Nu is tropical dining at its best. You’re seated in an indoor/outdoor space surrounded by palm trees and right next to the ocean. Head chef and co-owner, Nick Holloway, opened it in 2004.

For this trip, my 99th Top 100, I had some good friends keen to join me – Yes, Nu Nu had its appeal for them but they were also lured by the idea of a holiday in tropical FNQ.  So off we went – my support crew and I, complete with personalised ‘Restaurant Reviewer’ and ‘Support team’ T-shirts (yeah, I know… classy!!) organised by Carl, one of the team who’s been a huge Nick fan, ever since he saw him compete in the Immunity Challenge on Masterchef last year.

The T-shirts sported “Let’s do Nu Nu” on the front, and ‘do’ Nu Nu we certainly did, in fact we ‘did it’ three times in less than 24 hours. First for an afternoon cocktail, second, for the big dinner that night and third, for breakfast the next morning (the promise of mud crab omelette was too much to resist)!

And of course, for dinner, we opted for the 7 course tasting menu for $115 (there’s also a la carte or a 4 course tasting option for $75, but we didn’t travel all the way for just 4 courses!). And everything was excellent – from the crisp puff of lemon bread with house pickles to start, right down to the ‘controversial’ dessert of cassava and stinky durian. Nick’s food is tropical, colourful, vibrant and creative and our menu included barramundi, reef bug, prawns, kangaroo and Wagyu. I think my favourite for the night was the Barbecue reef bug with veal and ginger dumpling, tendon, xo consomme and pickled shallots, followed closely by the Rainforest honey-dipped tiger prawn with dried grapes and walnut toast.

We had such a fun night, despite the humidity (that almost killed me), and we were lucky enough to be able to coax Nick out of the kitchen to have a bit of a chat. Jeremy, our waiter, looked after us beautifully all night. By the end we were soooo full, we had to waddle out.

And just a note about breakfast – absolutely the best breakfast options I’ve seen! 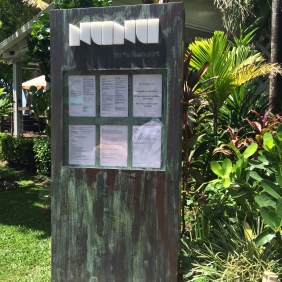 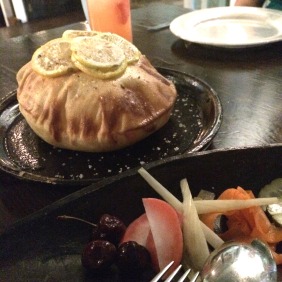 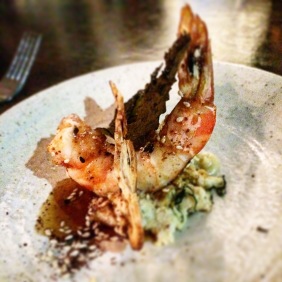 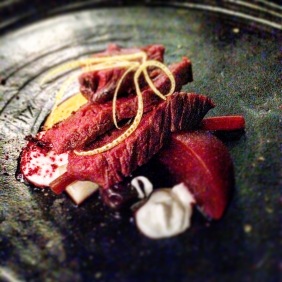 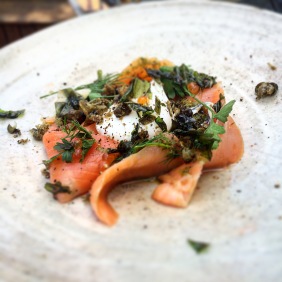 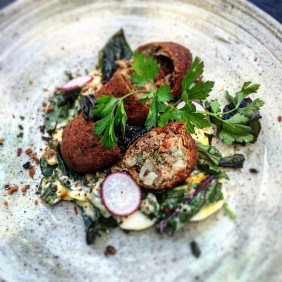 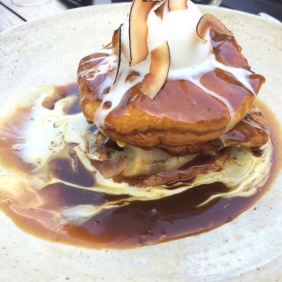