Posted on March 1, 2016 by Jacqui's Food Fetish Leave a comment 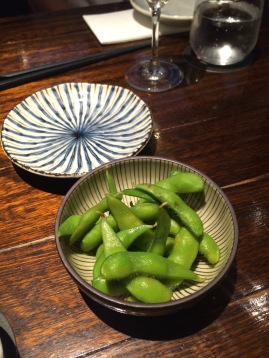 Here it is – my first review without any food photos.  Yes, Yakitori Takumi is the first establishment that I’ve come across with a ‘no photos of food or menu’ policy.  Being majorly disappointed, I asked for an explanation and was told that they used to allow photos until they had a bad experience where another establishment had pretty much replicated their menu and the way the dishes looked, so much so that they had a few comments from customers assuming that they were in fact sister restaurants.

I wasn’t going to let no photos stop me doing a write-up because, frankly, they deserve one – no matter how much it killed me not being able to take pics of what was being put in front of me – really, it did!!  We had an excellent night.

Yakitori Takumi models itself on the typical dining culture in Japan of Izakayas, or ‘drinking houses’ – a similar concept to a tavern. Yakitori is a traditional Japanese dish of grilled skewered pieces of chicken, Takumi means artisan.  Yakitori Takumi was the first yakitori restaurant in Australia, opening its doors over ten years ago, and owner Eddie Ye tells us it’s a typical set up, just like you would find in Japan.  He originally opened it up to introduce Japanese dining culture and for the Japanese people in Adelaide who head there when they’re missing home.  Ninety percent of dishes that you get here are just as you would find in Japan.  Interestingly, Eddie, who has so ensconced himself in this Japanese way of cooking and eating, isn’t Japanese.  He’s from Malaysia.

Traditionally you’d find no more than 15-20 dishes at such an establishment but Eddie’s menu has a few more additions including seafood and some rice dishes. We enjoyed quite a few different types of skewers – chicken (of course), salmon, haloumi, liver, heart, and we also had some tempura mushrooms, vegetarian gyoza and beef.  There’s a good range of wines and sakes to accompany the food too.

Everyone loves eating things on sticks – it’s fun, and Eddie is an accommodating host, enjoying sharing his stories about the place and the food. If you’re after a dining experience that will transport you to Japan, give Yakitori Takumi a try. 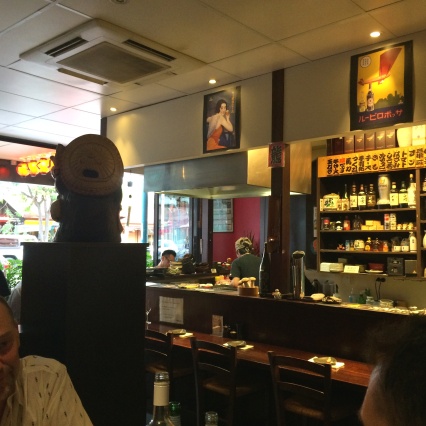 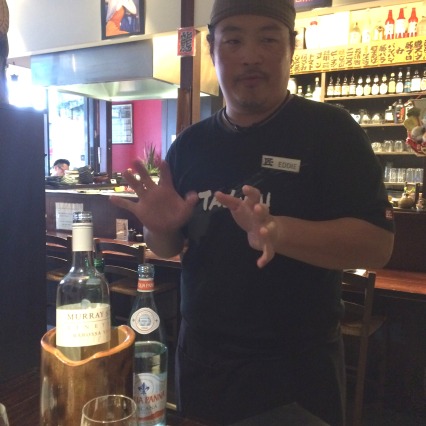