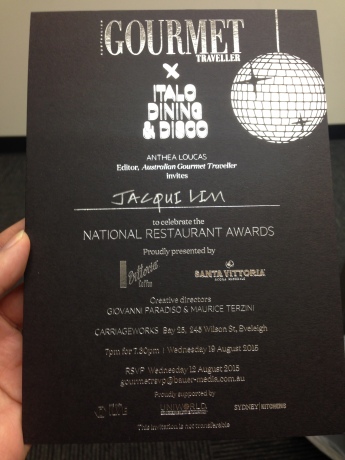 So I simply HAD to write a little something about the Gourmet Traveller National Restaurant Awards Dinner that I went to back in August. Simply, the highlight of my year!! Never in my wildest dreams did I ever expect I would get an invitation to such an event.

I was at work when I received the invitation in the mail. It was late in the day and I thought it was just another boring conference brochure and then when I opened it, I almost WET MY PANTS! Thankfully I didn’t, and thankfully, it was on a night that I was free!! Even if I hadn’t been free, I would have moved heaven and earth to be there. The who’s who of the Australian restaurant industry was going to be there – all of the people I’ve admired from all of the restaurants I’ve dined at!

It was catered by the teams from 10 William Street and Icebergs (brave, I say) and our host for the evening was Leila McKinnon. The venue was Carriageworks in Eveleigh, Sydney – a huge multi-arts centre, which, when I walked in resembled a huge barn. Stark and empty apart from the make-shift kitchen and two very long tables down the middle with a stage at the far end. I didn’t know anyone so I grabbed a drink and headed off to find my name on the table and work out who I was sitting with. Reading all of the place names on the way, I have to say, was pretty exciting – all of my restaurant heroes. I had no idea where they might put me so I was searching, searching… and bingo – there was my name. Right next to… whaaat? Really? Could it be true? Peter Gilmore (Quay and Bennelong)! Next to him was Kylie Kwong (Billy Kwong). To the left of me was Alessandro Pavoni (Ormeggio at the Spit), and next to him was Giovanni Pilu (Pilu at Freshwater). Opposite me was Colin Fassnidge (4Fourteen and Four in Hand) and then a couple of seats down was none other than Neil Perry! And they were just the people sitting around me!

Anyway, what ensued was a really fun night with lots of drinks and, of course, lots of shameless selfies – the after-drinks were at Acme so the chatter continued well into the wee hours. I met some great people, had some great conversations, and had an amazing night – one that I certainly won’t forget in a hurry! 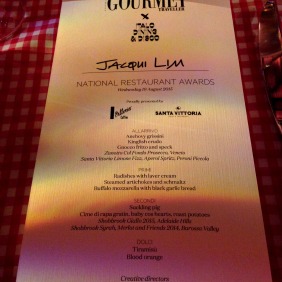 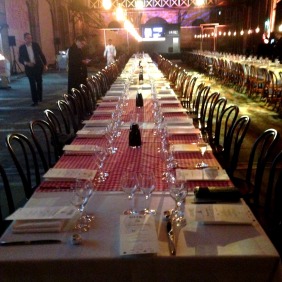 One of the 2 very long tables 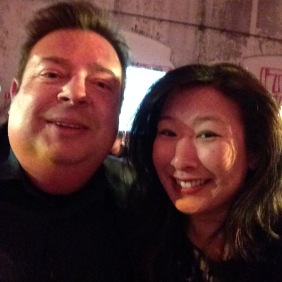 I got to meet Peter Gilmore of Quay and Bennelong 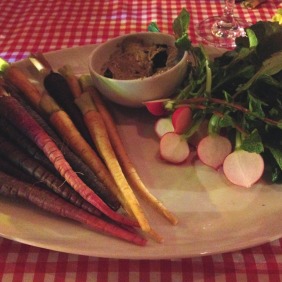 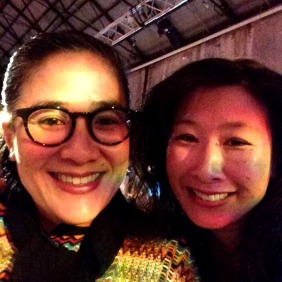 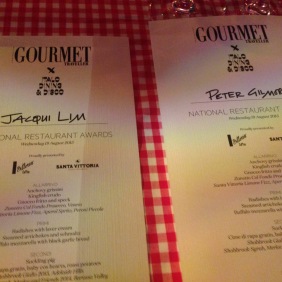 Sitting next to Peter Gilmore!! 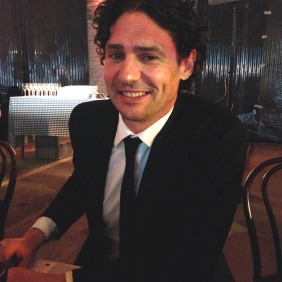 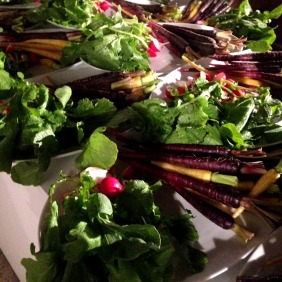 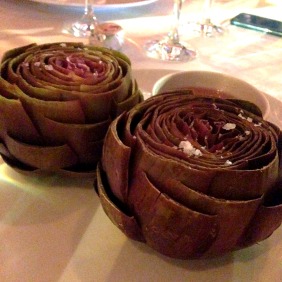 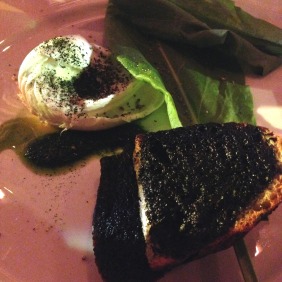 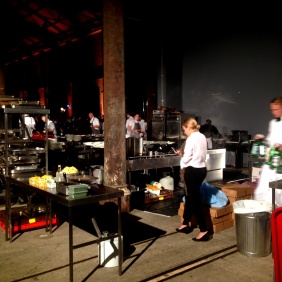 Behind the scenes in the kitchen 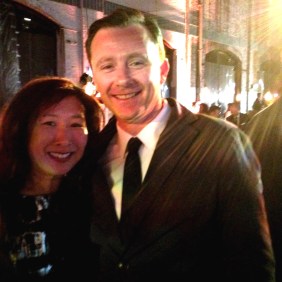 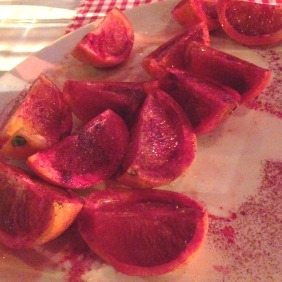 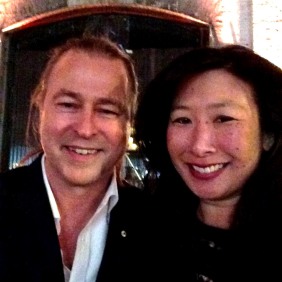 I got to meet Neil Perry 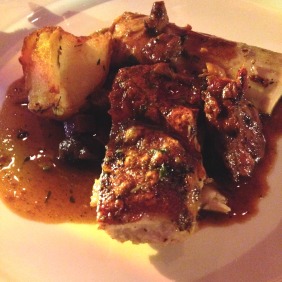 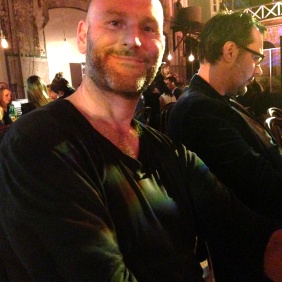 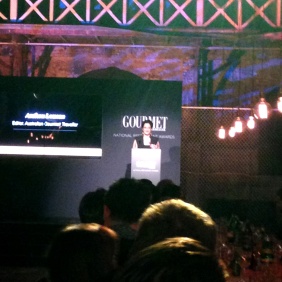 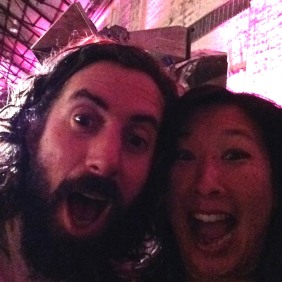 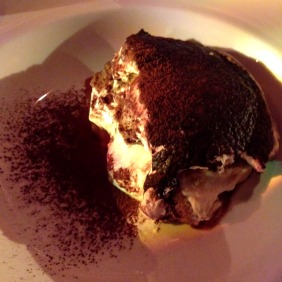 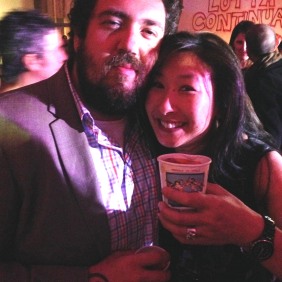 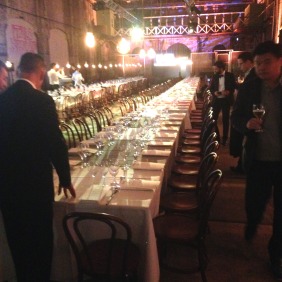