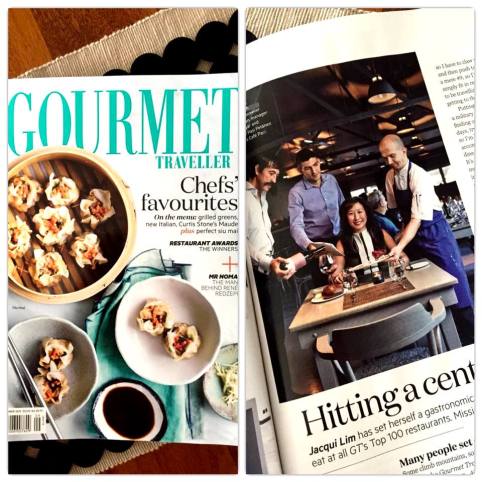 Given that the Australian Gourmet Traveller 2016 Top 100 list was released last week, I thought I’d take a moment to reflect on my Top 100 Quest for 2015.  And what a year it was – a year of travelling and dining that culminated in my story being published in the current (September) edition of the Gourmet Traveller magazine, and an invitation to the Gourmet Traveller National Restaurant Awards night where I got to meet so many of my idols including Neil Perry, Kylie Kwong, Peter Gilmore, Dan Hunter, Colin Fassnidge, Alessandro Pavoni and Giovanni Pilu.

When the 2015 list was released in August 2014, my starting score was 69 (I’d eaten at 69 of the 100) and I ended up with my all-time highest score of 94.  25 restaurants in one year may not sound like much, however to get to them all I had to travel to Sydney, Melbourne, Perth, Hobart, Brisbane, Daylesford, Birregurra, Inverleigh, Beechworth, Wahgunya and Burleigh Heads. At one point, I was going to go for it – I was going to get to 100 but time was running out and it required lots more travel (Palm Cove, Noosa, Newcastle, Canberra and Mildura) and then something happened that made 100 impossible – Jim McDougall in Stefano’s Cellar in Mildura closed.  The dream of making it to 100 was now impossible so I decided to stop at 94 for the year.  So close and yet so far.

What are my 2015 highlights?  Well, one would definitely have to be the trip with my friend Susie where we flew to Melbourne to knock off some of the regional Victorian restaurants over a few days.  We jumped in a car and drove Thelma-and-Louise-style for literally hours to get to Provenance in Beechworth, The Terrace at All Saints in Wahgunya, Argus Dining Room in Hepburn Springs and Lake House in Daylesford.  Also, my trip to Brisbane where my friends Ricky and Sally joined me to do four Top 100s in 2 days – Stokehouse, Gerard’s Bistro, Esquire and The Fish House (Burleigh Heads).  Other highlights were the magnificent lunch at Dan Hunter’s Brae, splendid degustations at Café Paci (Sydney) and Co-Op Dining (Perth) and awesome meals at Cho Cho San and Firedoor (Sydney).   Stand-out dishes that I can’t forget are Ben Sear’s Shrimp-Brined Fried Chicken at Moon Park, Kiren Mainwaring’s Chicken with Black Truffle Butter at Co-Op Dining, and Kylie Kwong’s Wallaby Tail with Black Bean and Chilli at Billy Kwong.

So – this is the year – the year to tick of all 100. 14 of the ones I’ve dined at have now dropped off the list so I’m back to a score of 80.   I actually managed to sneak in a visit to Bennelong (winner of Best New Restaurant) last week on my way to the airport after the GT Awards night, so that’s 19 restaurants I now have to get to – and here they are:

And so it begins again…

Invitation to the Gourmet Traveller Restaurant Awards – a definite highlight! 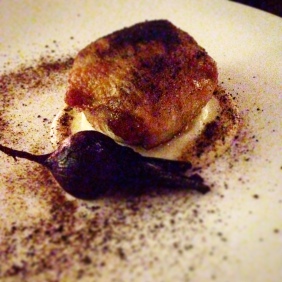 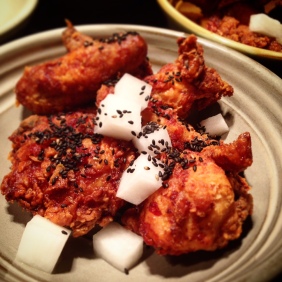 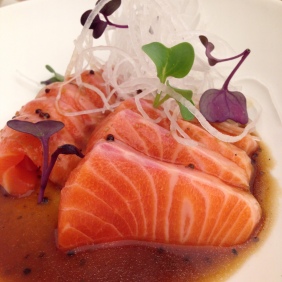 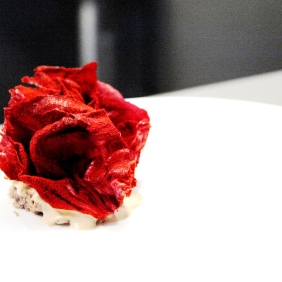 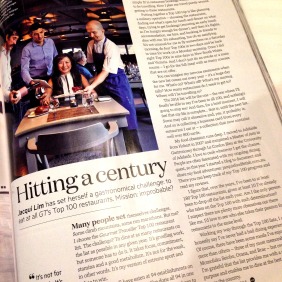